If the hidden tripple candidates only appear three or two times in the group and only in these three cells, they must be the solutions for the cells. Therefore all other candidates in the three hidden triple cells can be elliminated.

All 3 candidate do not have to appear in all 3 cells, but they must not appear in any other cells and they must not form a hidden pair. If A, B and C are the candidate values, the following combination of values in the cells are possible: 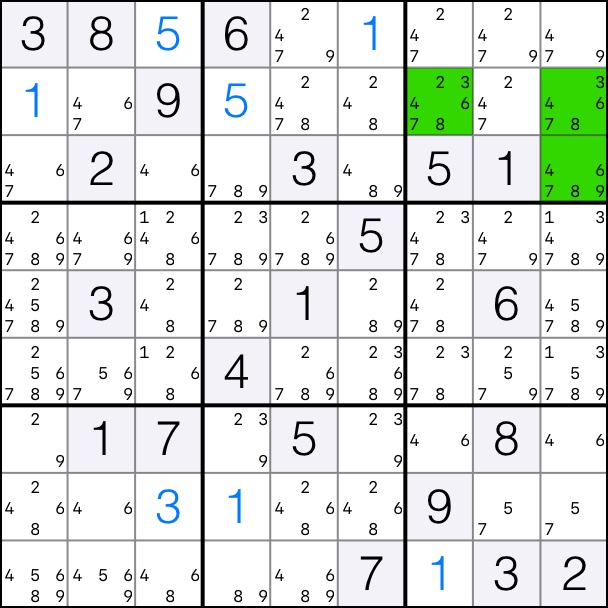 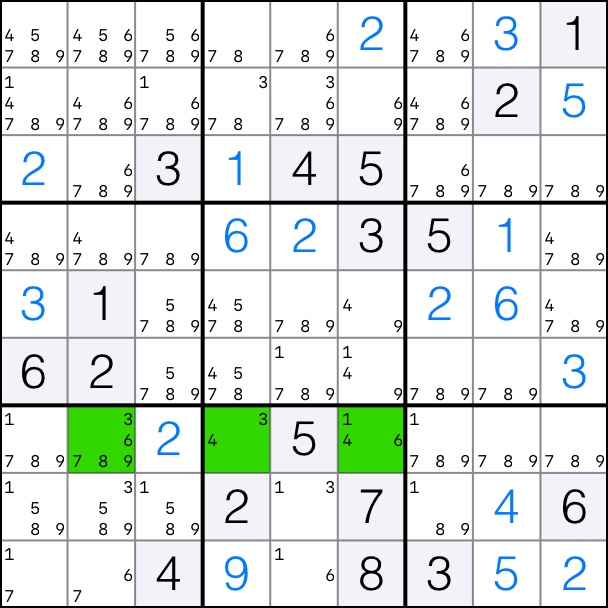 Back to Sudoku Solvers or continue to next algorithm Naked Quad