The XY-Wing is composed of 3 interconnected cells. The achor cell is connected to both of the other cells by sharing a different group with each of them.

Because the cells are connected both by sharing a group with the achor cell and 1 candidate with each other, it means that the candidate in common between the 2 wing cells MUST be in one of these cells.

That implies that the cells which are in the intersection of the peers of the 2 wing cells, cannot have their shared candidate as a possible value. 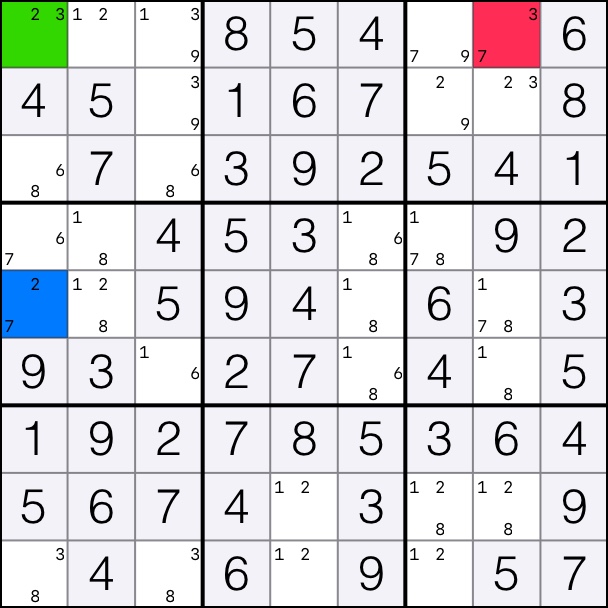 That means that candidates 7 can be removed from cell [5,8]. 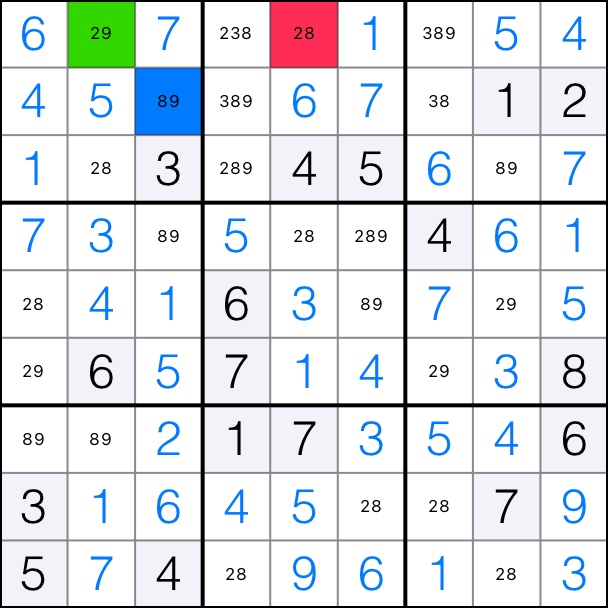 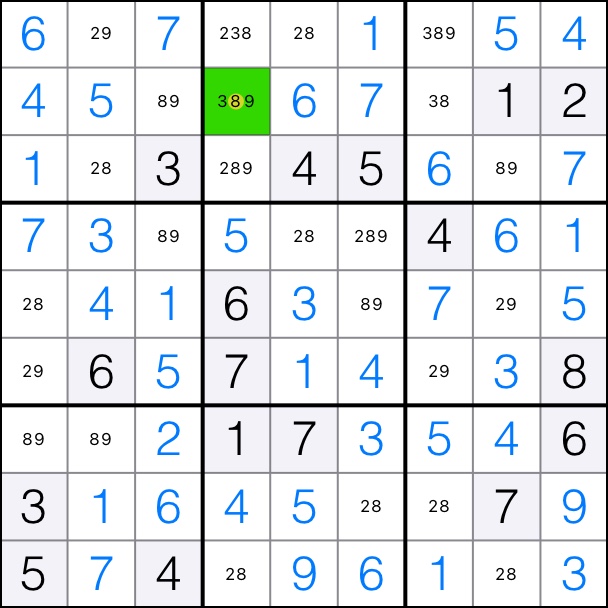 That means that candidates 8 can be removed from cell [3,4]. 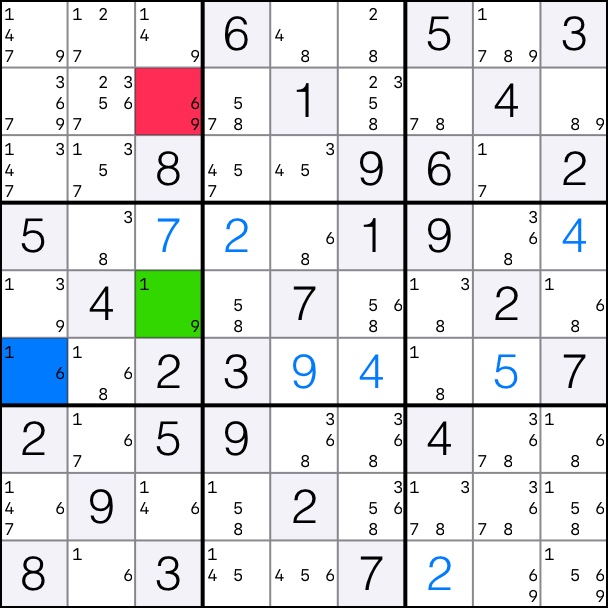 That means that candidates 6 can be removed from cell [2,1].

Back to Sudoku Solvers or continue to next algorithm XYZ-Wing