All 3 candidate do not have to appear in all 3 cells, but they must not form a naked pair. If A, B and C are the candidate values, the following combination of values in the cells are possible: 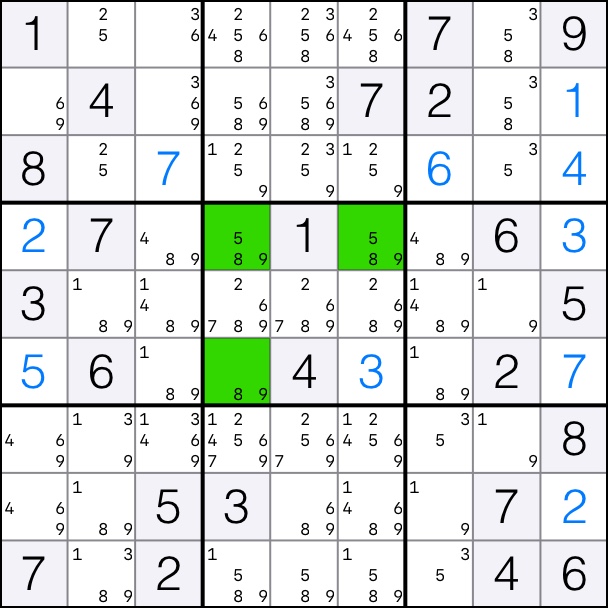 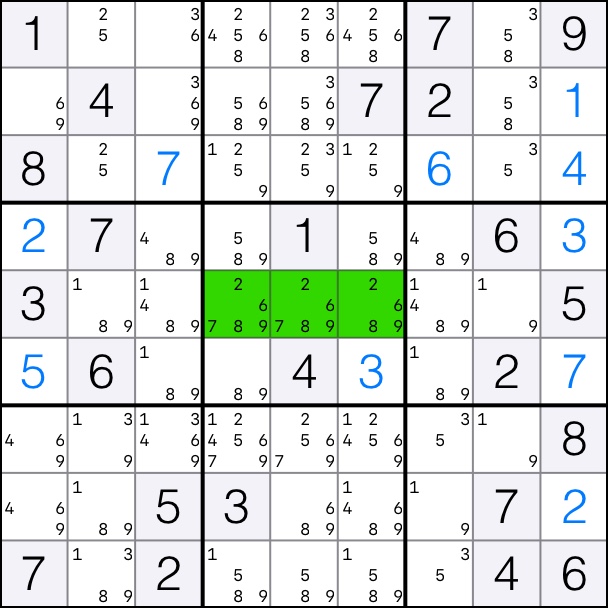 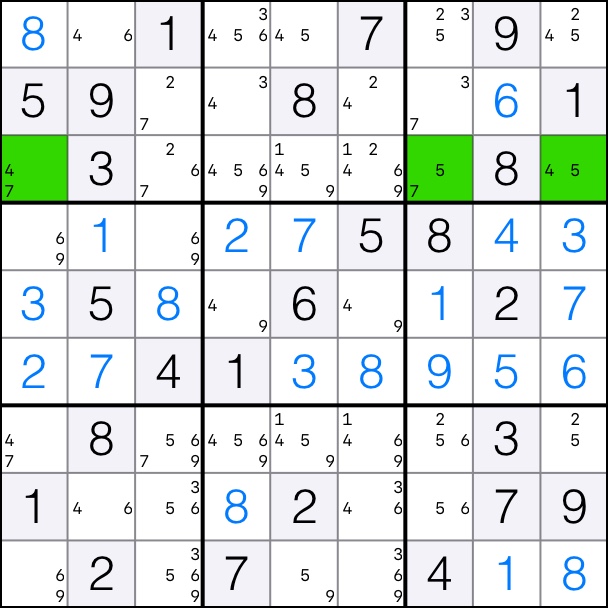 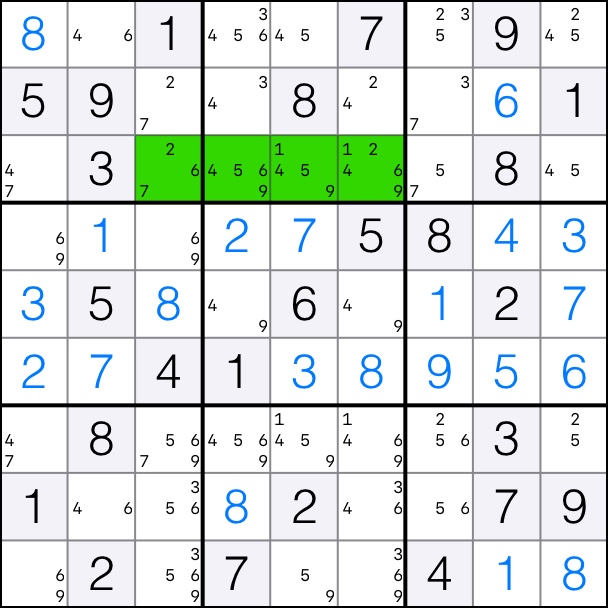 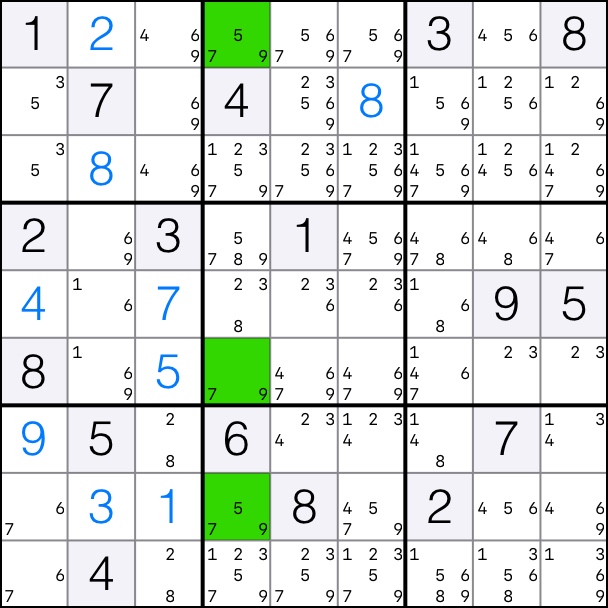 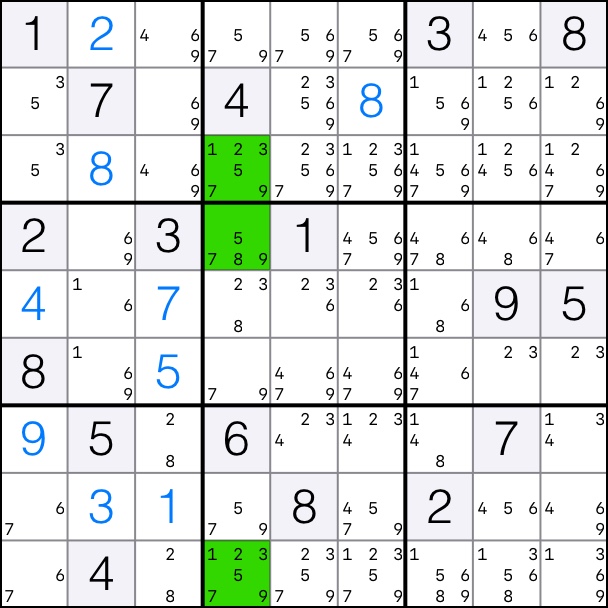 Back to Sudoku Solvers or continue to next algorithm Hidden Triple